THE TOXIC AVENGER stands with PINK FLAMINGOS and THE EVIL DEAD as one of the most gleefully offensive “midnight movies” of the twentieth century. Now, this 1980s horror classic returns to the big screen in a big way! Among the residents of Tromaville is Melvin, a nerdy janitor at the local health club. A gang of thugs devise a cruel hoax that goes horribly wrong and Melvin is cast through a third story window into a vat of toxic waste. However, an unexpected metamorphosis takes place. As the chemicals take hold of his body, Melvin turns into the Toxic Avenger, doer of good, and brutal mauler of evil! The excitement is non-stop as Toxie sets out to single handedly wipe out the forces of evil that torment the people of Tromaville. 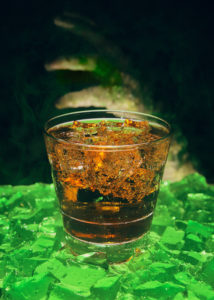