The Silence of the Lambs - Enzian Theater

The Silence of the Lambs

The Silence of the Lambs

Stick around after the film for a discussion with Dr. Andrew Luchner of the Rollins College Psychology Department. Dr. Luchner utilizes clips from The Silence of the Lambs in his Psychopathology class to demonstrate personality disorders, the difference between psychopathy and antisocial personality disorder, and the often negative portrayal of mental health professionals in film.

Jodie Foster stars as Clarice Starling, a top student at the FBI’s training academy. Jack Crawford (Scott Glenn) wants Clarice to interview Dr. Hannibal Lecter (Anthony Hopkins), a brilliant psychiatrist who is also a violent psychopath, serving life behind bars for various acts of murder and cannibalism. Crawford believes that Lecter may have insight into a case and that Starling, as an attractive young woman, may be just the bait to draw him out. 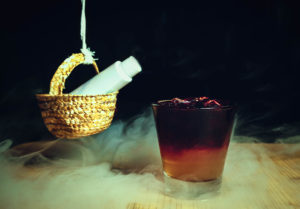 Hello Clarice – $10
Don’t worry Clarice, there’s no body parts in this one… we think. Bourbon, fresh lemon juice, and sugar topped “with a nice chianti.” *fava beans & liver not included*