It’s difficult for modern audiences to understand, but in previous times the idea of a movie being banned outright from circulation was not outside the norm. Such is the corrosive power of transgressive art that a film like Jorg Buttgereit’s debut sicko feature Nekromantik could actually prompt the German government to declare it unfit for public consumption. Of course, when The Man sez “That’s too sick!”, that’s when the real-deal film fans start paying attention…

A huge underground hit here in the States thanks to bleeding-edge zines like Film Threat, this one-of-a-kind object hasn’t lost any of its power to freak audiences out.

Nekromantik tells of poor sad sack Rob, who works at a street-cleaning agency and visits roadside accidents to mop up the scene. Casually, as one does, Rob collects the disparate body parts and shares them with his equally unfazed girlfriend Betty. When Rob presents a complete corpse taken out of a swamp, their undying love reaches its peak — but soon after Betty takes more of a liking towards the corpse and leaves Rob, bringing him to the morbid end of his destruction. 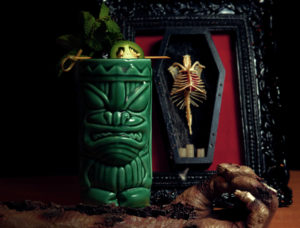 Germany, 1987, 71 minutes, In German with English Subtitles, Not Rated, Directed by Jörg Buttgereit