Buy a Series Pass to receive discounted admission to all 5 SAFF programs, plus priority seating!

Table reservations cannot be made for this event.

Always striving to showcase the best in cutting-edge new Indian cinema, the South Asian Film Festival is proud to present 5 outstanding films from across the globe. The program includes THE NEVER-ENDING MARATHON OF MR. DHARAM SINGH, TARA VERSUS, the World Premiere of KAASHI, MOONGFALI WALA (THE PEANUT SELLER), and SHIVANI.  Audience members can vote for their favorite to receive our Audience Award.

*Shivani Director, Jamie Dobie, will be in attendance for a post-program Q&A 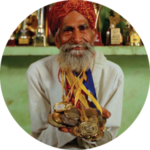 THE NEVER-ENDING MARATHON OF MR. DHARAM SINGH
USA/INDIA/NEPAL, 2017, 22 MIN
DIRECTED BY DAVID FRIED, NOT RATED, IN ENGLISH
East Coast Premiere!
This is the story of Dharampal Singh who, according to himself and four hastily arranged forms of ID, is 119 years old. Mr. Dharam Singh likes to run. A lot. 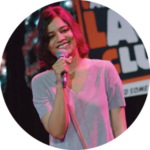 TARA VERSUS
INDIA, 2017, 21 MIN
DIRECTED BY AYESHA ANNA NINAN, NOT RATED, IN ENGLISH
Florida Premiere!
A struggling comedian has a hard time seeing the funny side of life when her career stagnates while her best friend gets a promotion. 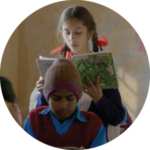 KAASHI
INDIA, 2017, 12 MIN
DIRECTED BY TUSHAR TYAGI, NOT RATED, IN HINDI WITH ENGLISH SUBTITLES
World Premiere!
The powerful story of a teenage girl, living in poverty in an Indian village, who is adamant about getting  basic necessities of life (including a toilet) in her home. 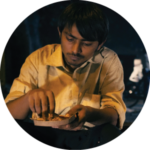 MOONGFALI WALA (THE PEANUT SELLER)
GERMANY/INDIA, 2018, 19 MIN
DIRECTED BY ETIENNE SIEVERS, NOT RATED, IN HINDI WITH ENGLISH SUBTITLES
Southeast Premiere!
An orphaned young ragpicker battling isolation and poverty in the streets of New Delhi tries to locate the one man capable of helping him find his mother. 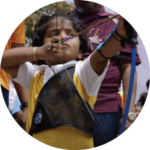 SHIVANI
INDIA, 2017, 21 MIN
DIRECTED BY JAMIE DOBIE, NOT RATED, IN TELUGU WITH ENGLISH SUBTITLES
Southeast Premiere!
The parents of a three-year-old girl in India believe her to be the reincarnation of their son, and train her to become an Olympic archery champion.