Young Cole Sear (Haley Joel Osment) is haunted by a dark secret: he is visited by ghosts. Cole is frightened by visitations from those with unresolved problems who appear from the shadows. He is too afraid to tell anyone about his anguish, except child psychologist Dr. Malcolm Crowe (Bruce Willis). As Dr. Crowe tries to uncover the truth about Cole’s supernatural abilities, the consequences for client and therapist are a jolt that awakens them both to something unexplainable. 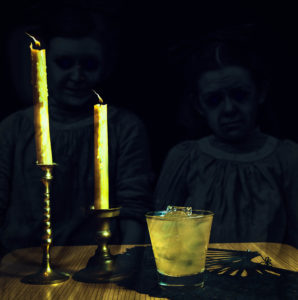 I See Dead People – $10
Trigger your sixth sense courtesy of the Enzian. You will definitely be seeing dead people after one of these. Bourbon, fresh lemon juice, and ginger beer, topped with Angostura bitters.