The Pit and the Pendulum - Enzian Theater

The Pit and the Pendulum

Popcorn Flicks in the Park

The Pit and the Pendulum

This film is a part of our Popcorn Flicks series, which takes place in Central Park, Winter Park once a month and it’s FREE and open to the public!

Elizabeth Barnard Medina (Barbara Steele) has died in the prime of life, and her brother, Francis (John Kerr), wants to know why. Elizabeth’s husband, Nicholas (Vincent Price), and her doctor offer differing explanations, but when Francis learns that Nicholas’ mother may have been buried alive, he begins to wonder if his sister met the same fate. And when he comes to believe that Elizabeth’s spirit wanders about Nicholas’ castle, Francis investigates — and is stunned by what he finds. 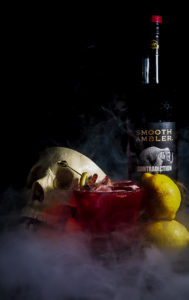